Latitude is a measure of the distance you are located from the equator.  It is commonly shown as an imaginary horizontal line that goes across the earth on maps and is used along with longitude as a reference point to determine location. The tilt of the earth affects the seasons we experience throughout the year.

Why do I care?  The latitude and tilt of the earth are key factors which determine the climate at a particular location. 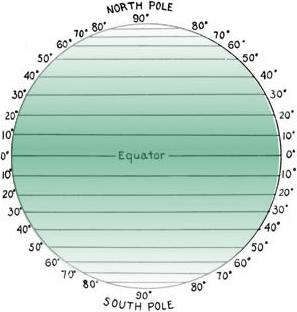 Figure A: Degrees of Latitude (http://www.mrdowling.com/601-grid.html)

While there are other factors that affect general climate in an area (terrain, location relative to mountains/oceans, and height above/below sea level, for example), latitude is an important factor in determining what type of climate a location will have. For example, we can expect Miami’s climate to be much warmer than that of New York since it is at a lower latitude and is located closer to the equator.  Locations at lower latitudes receive stronger and more direct sunlight than locations near the poles.  Energy input from the sun is the main driving force in the atmosphere.

As mentioned earlier, there are other factors that influence the weather on the earth.  One of these is the tilt of the earth. The earth's axis of rotation is tilted about 23.5 degrees compared to the plane of the earth's orbit around the sun.   The earth’s tilt is responsible for the seasons we experience.

Figure B: Seasons of the Year 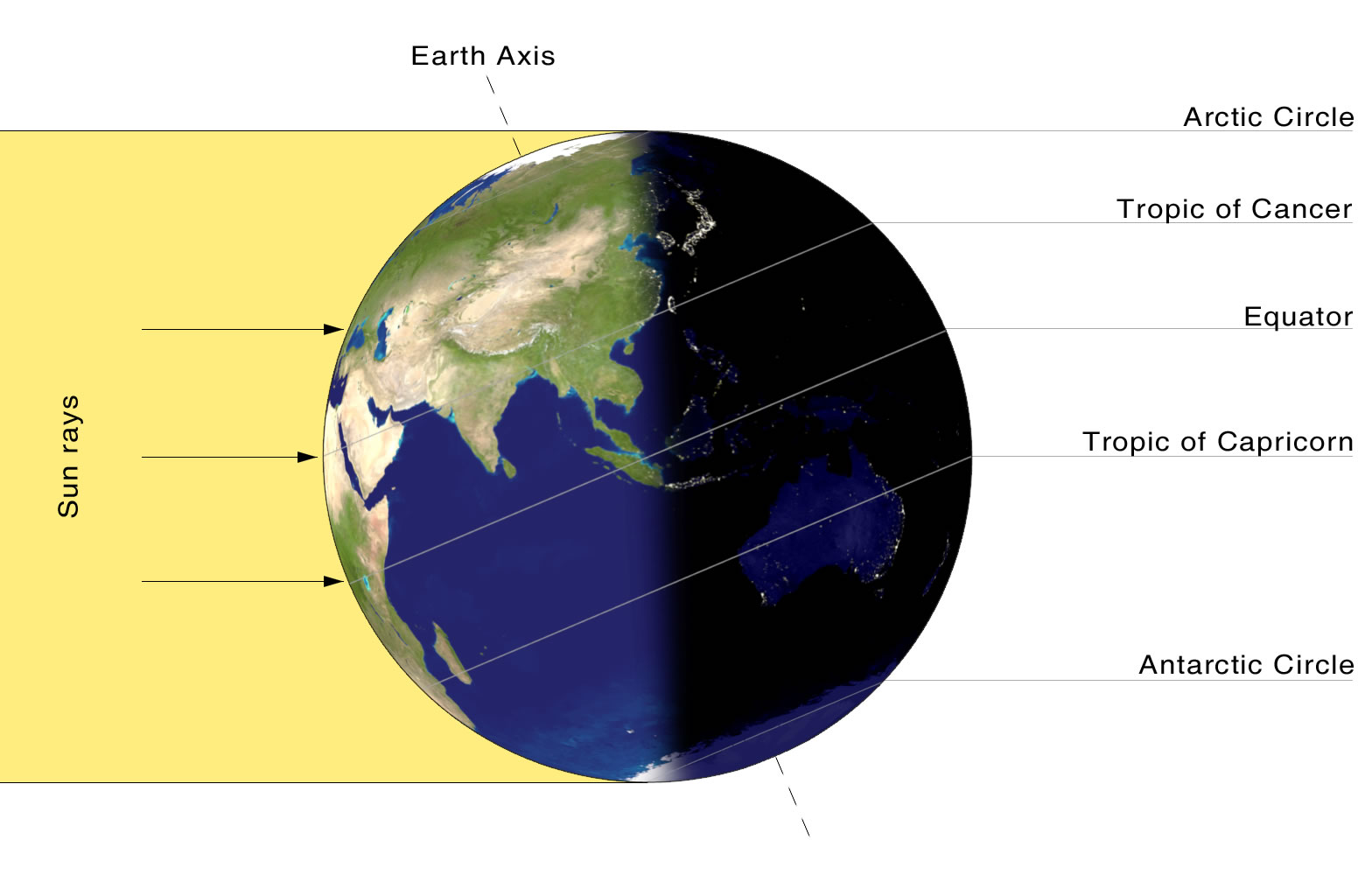 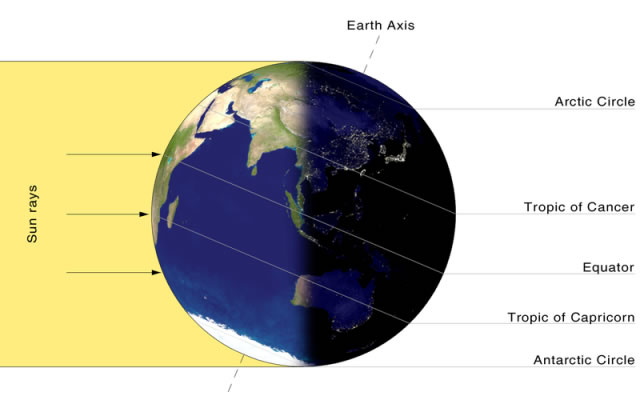 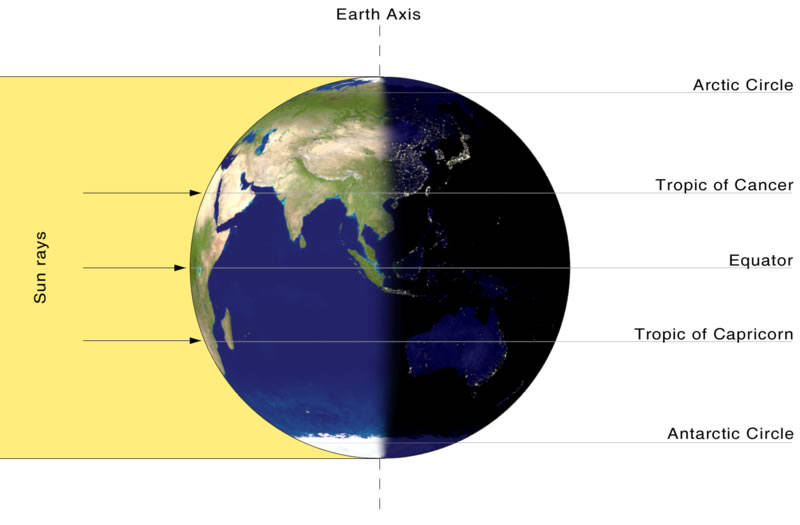 Climatologists usually use full months to represent the seasons.  Winter is considered December, January and February; spring is March through May; summer is June through August; and fall or autumn is September through November.

Mid-latitude cities, such as those in North Carolina, tend to experience greater summer climate variability. These cities in the Southeast are also expected to experience the greatest increase in summertime heat-related deaths as a result of climate change.2

Influenza or flu activity peaks during the winter months in the U.S., particularly during the month of February.3 Researchers in New York City have developed a new weather modeling technique that factors in periods of dry weather, and therefore can predict the timing and severity of seasonal influenza outbreaks up to eight weeks out. Flu forecasts could alert residents to take extra precaution by getting vaccinated, and public health professionals to ensure sufficient stockpiles of vaccines and antiviral drugs.4

An earlier onset of the pollen season in the U.S. due to climate change may lead to greater exposure to allergens, which, in turn, may worsen respiratory illness, such as asthma, and reactions to hay fever.2,5 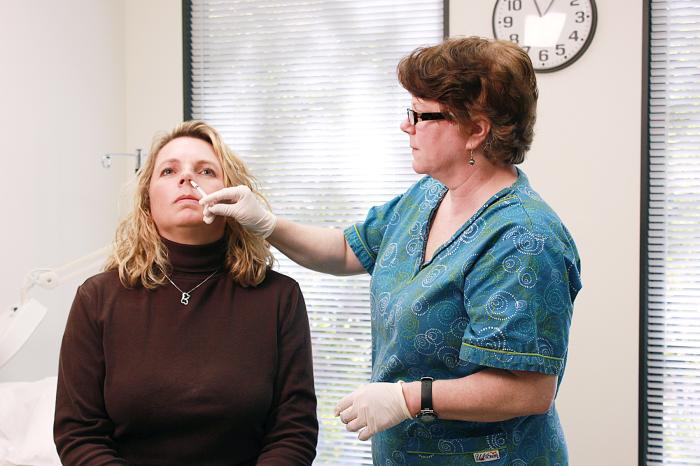 Activity: How Does the Tilt of Earth's Axis Affect the Seasons? (Link to original activity.)

Description: This activity focuses on how the tilt of Earth affects the seasons and temperatures on Earth.