Temperature is the measure of thermal or internal energy of the molecules within an object or gas.    We can measure temperature of an object using either direct contact or remote sensing.  Temperature of air is closely related to other atmospheric properties, such as pressure, volume and density.

Why do I care? Temperature of the surrounding air plays an important part in our everyday lives.  It helps us determine what to wear and what outdoor activities to do.  Temperature controls planting dates and the growth of plants as well as insect pests and crop diseases.  As an integral part of weather, temperature also determines the type of precipitation (rain/snow/sleet) that might occur if you are in a location that is experiencing near freezing conditions.

Temperature is a measure of how much internal energy an object or gas has.  For example, a gas with fast-moving molecules feels "hot" because when that gas touches something that is cooler, some of the energy of the hot gas is transferred to the cooler object and the cooler object responds by warming up.   You sense the transfer of energy as heat.  When you touch something that has a lower temperature than your hand, you sense it as being cold because energy leaves your hand and is transferred to the colder object.  If there are two objects with different temperatures, energy always flows from the warmer object to the colder object.

There are three different scales frequently used to measure temperature.  Fahrenheit, the most commonly used scale in America, was developed in the early 1700s and is the oldest of the three scales we still use.  In this scale, 32°F is where water freezes and 212°F is where water boils, with a range of 180 degrees between the two.  The lowest temperature G. Daniel Fahrenheit was able to reach using a combination of salt, ice, and water was set as zero degrees F in his scale.  The second oldest scale is the Kelvin scale, developed by Lord Kelvin in the mid 1800s.  This scale begins at absolute zero and has no negative numbers.  Absolute zero is when all molecular motion stops, which is not known to exist anywhere in the universe.  Even space has a background temperature of 3 K.  The Celsius scale was developed after the Kelvin scale in the 1800s.  One degree C is the same size as one degree K except that zero is at a different value.  In the Celsius scale a change of one degree is equivalent to one Kelvin and 1.8 degrees Fahrenheit.  For example, if it’s 80°F outside one day, then it is 27°C and 300 K.

The temperature of an object or gas can be measured either using direct contact or with remote sensing. Typically, in direct contact a thermometer containing an expandable liquid like mercury or alcohol is placed into the substance to be measured and allowed to reach equilibrium. The thermometer is calibrated so that it can accurately measure the temperature of the substance.  More modern thermometers use electronic sensors to measure temperatures using the thermal properties of the sensor to determine how hot an object or gas is. Satellites use cameras to measure the amount of light radiation an object like a cloud gives off from a distance and uses that information to calculate the temperature. In a satellite picture, the brightest clouds are often the highest and coldest clouds.

Figure B shows a temperature sensor that is contained within this unit and shaded from the sun. Vents on the outside allow for the wind to flow over the temperature sensor inside. The particular sensor shown is a Vaisala WXT520 sensor that measures many different weather variables, including temperature and wind speed, and is used at NC ECONet stations.

Older adults and young children are vulnerable to heat-related illnesses. However, in the past several summers, North Carolina has seen the greatest number of heat-related visits to the emergency department among men aged 25-64.4 In addition, heat stress increases the risk for other diseases, especially respiratory death. In the U.S., severe heat events account for more deaths than all other extreme weather-related events combined each year. With increasing temperatures due to climate change, summertime heat-related deaths are expected to increase significantly, while wintertime deaths are expected to decrease slightly.1,5

Warmer temperatures also diminish air quality by increasing exposure levels of ground-level ozone. Ozone is a dangerous air pollutant that is damaging to lung tissue and lung function, and can exacerbate respiratory diseases such as asthma or chronic obstructive pulmonary disease (COPD).1,6 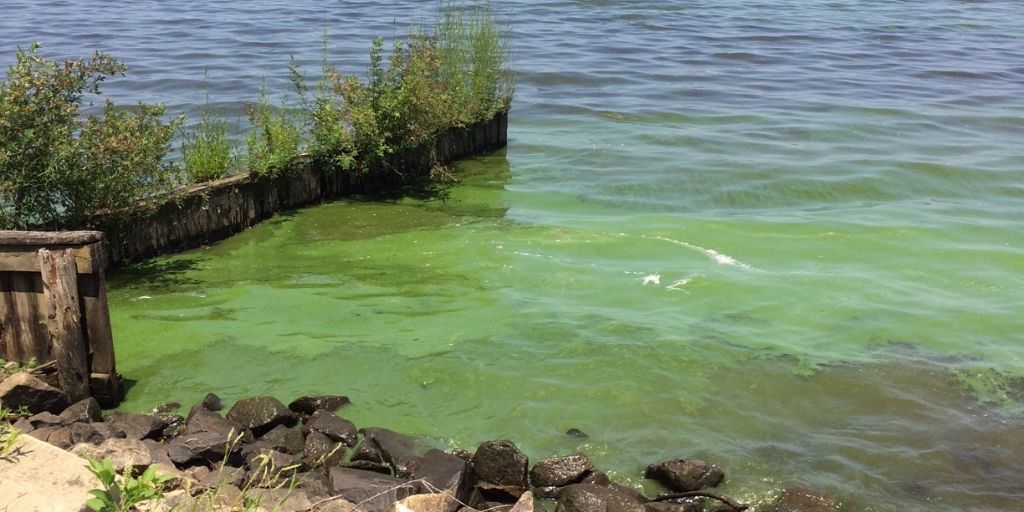 Rising mean temperatures may also diminish water quality, which will in turn impact human health. Warmer temperatures may lead to the proliferation of pathogens and harmful bacteria in drinking water, recreational waters, and marine waters.5,6 Exposure to these pathogens can result in waterborne diseases. For example, consumption of food such as shellfish that is contaminated with Vibrio vulnificus, a naturally occurring estuarine bacterium, generally causes vomiting, diarrhea, abdominal pain, and death. Moreover, warmer temperatures have been associated with an increase in harmful algal blooms (HABs) along the coasts of the U.S. Certain HABs (especially cyanobacteria) are known to emit toxins that can cause neurological damage in humans.7

Similarly, warmer average temperatures have led to milder winters and hotter summers, which in turn is likely to impact the risk for vectorborne or zoonotic diseases. As temperatures rise, the geographical spread and seasonality of diseases like Lyme disease or West Nile virus may change.1,5 The Southeast, a region that already has favorable conditions for mosquitoes, has the greatest projected increase in the West Nile virus due to climate change.5

Description: This activity focuses on observing atmospheric conditions over a 4-day period. Students take observations for temperature, air pressure, wind speed and direction, and record sunrise and sunset. The measurements the student records are then compared with a NC State Climate Office station's measurements.

Activity: Cloud in a Bottle (Link to video demonstration.)

Description: This activity will demonstrate the direct affects of pressure and temperature on cloud formation.