Why Do I Care? Shortwave and longwave radiation interacts with the earth and atmosphere in different ways.

I Should Already be Familiar with: Conduction, Radiation, Convection 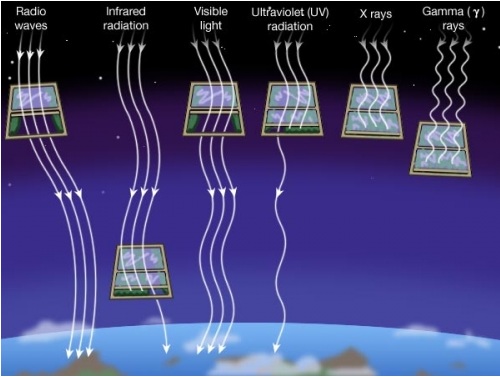 Figure A: The Atmospheric Window (Image from Penn State University)

Figure A shows the Atmospheric Window of the wavelengths that enter our atmosphere. Our atmosphere is transparent to radio waves, visible light, and some infrared and UV radiation.

Exposure to ultraviolet (UV) rays from the sun (shortwave radiation) is said to cause 65% to 90% of melanoma of the skin, which accounts for three-fourths of all skin cancer deaths.1,2 Additionally, the sun’s UV rays can also cause cataracts and other damage to the eye.3 On the other hand, exposure to UV rays impacts vitamin D circulation, which is said to be a protective factor against colon and rectum cancer.4