Radiation is the transfer of energy through air and space by light waves (visible, ultraviolet and infrared waves).

Why do I care? Radiation from the sun sustains life on Earth and provides energy needed for plants and crops to grow for us to eat. The energy from the sun can be transformed into many other useable energy sources necessary for humans and plants to thrive. 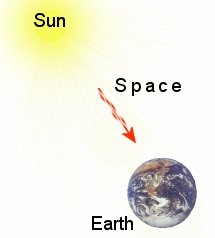 Figure A: Radiation From the Sun Hitting Earth

Unlike convection, radiation does not require any fluids in order to transport heat. The energy from the sun is one great example of radiation. The sun emits light in a broad range of wavelengths which all contain energy.  These waves are also discussed in the climate section for energy balance. The waves are emitted from the sun and travel through space and hit the earth and other planets.  Once the light waves hit the atmosphere and ground, the energy stored in the waves heats up the soil and air, allowing conduction and convection to occur and move energy around the earth/atmosphere system.  [Note that this radiation is not the same as nuclear radioactivity, which is caused by transformation of atoms undergoing physical changes within naturally occurring rocks as well as nuclear power plants and bombs.]

Figure B: Roasting Marshmallows by Radiation

But the sun isn’t the only thing that emits radiation.  Radiation is given off by lightbulbs, fires, and anything that has a temperature.  Even you glow, but in a wavelength that the human eye cannot see. All of us are brighter than we think!

One example of radiative heating is the fires that many homes used to (and may still do) keep warm during the winter. We don’t have to touch the fire to feel its warmth (that would be conduction, and not recommended!).   When we face the flames we feel the warmth of the fire on our faces due to the radiation being given off, even when we are too far away to feel the hot air blowing around the coals.  Radiative heating from the sun warms the soil in spring and leads to the new growth of plants each year as seeds in the soil germinate. 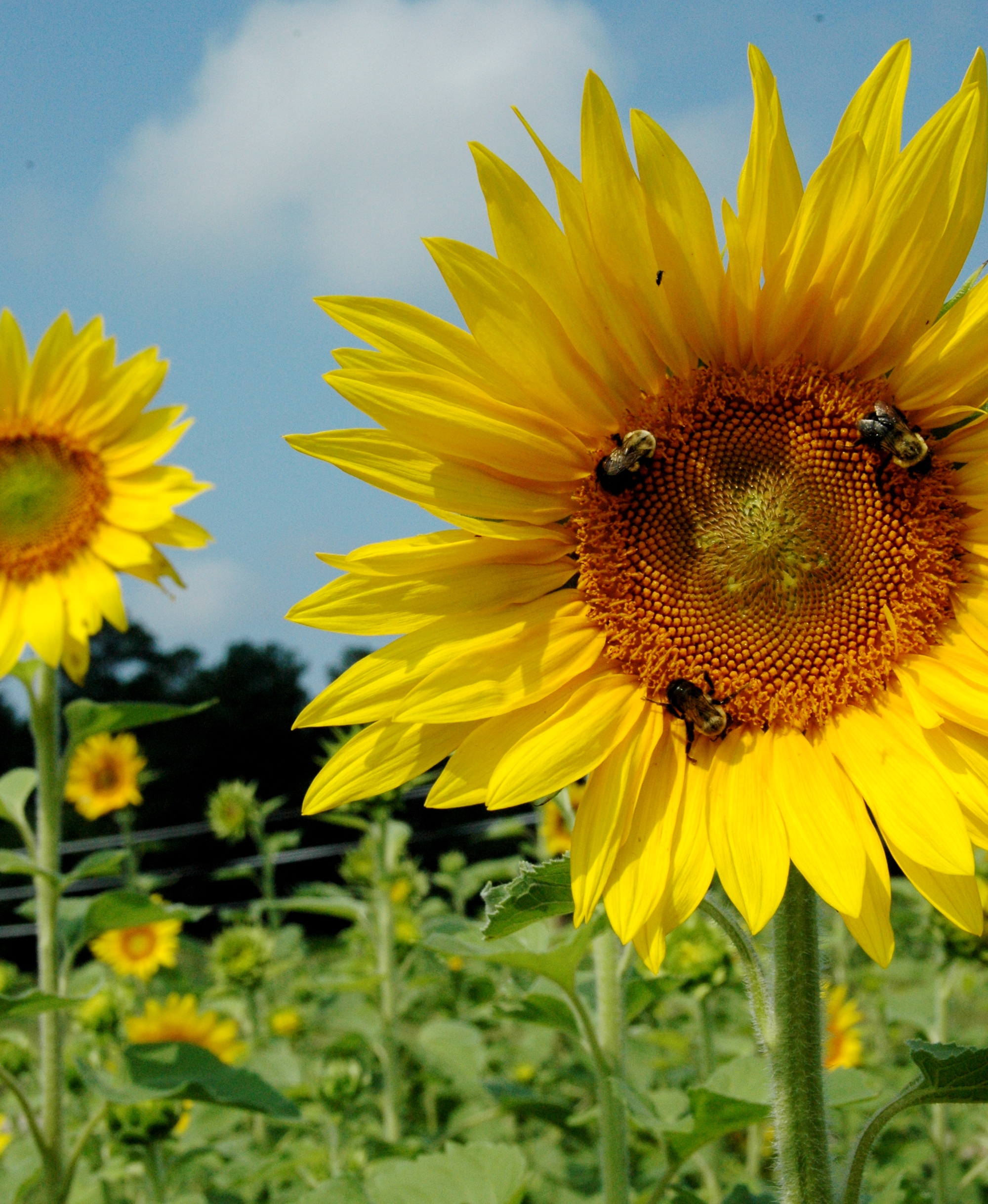 Plants need to absorb energy from the sun in the form of solar radiation in order to grow (using a biochemical process called photosynthesis).  Most leaf surfaces are created to soak up the maximum amount of radiation, and plants have a specific shape or structure in order to ensure that they are as efficient as possible in collecting sunlight.  Over time, crops have been selected and bred in order to ensure that this shape is such that the plant can intercept as much radiation as possible.  For example, corn hybrids have been selected over time to have leaves that are not as upright, but rather grow outward so that more surfaces of the leaf can intercept radiation. Also, some plants have the biological ability to change direction based upon the direction of the sun, called heliotropism.  One flower capable of this is the common sunflower.

Most people are familiar with plants growing inside of greenhouses.  Greenhouses have been used for many years to exploit solar radiation.  People discovered that they could grow crops (such as pineapples) inside greenhouses, which essentially extended the growing season for crops.  Before this, tropical crops could not be grown in temperate climates, but were instead shipped long distances, which made them very costly.  The concept of a greenhouse (glasshouse) is that solar radiation passes through a clear material such as glass or plastic.  The sunlight heats the air and soil inside of the greenhouse, and the plants can also intercept the radiation.  The walls of the greenhouse keep the warm air inside from mixing with the cooler outside air.  Greenhouses ensure that crops can be grown even when temperatures outside of the glasshouse might be cool.

5th grade science: 5.P.3.1 : Explain the effects of the transfer of heat (either by direct contact or at a distance) that occurs between objects at different temperatures. (conduction, convection, radiation).

Earth Science: EEn.1.1.3 : Explain how the sun produces energy which is transferred to the Earth by radiation.

Description: This activity focuses on the forms of heat transfer that take place within the Earth's atmosphere. Students will develop an understanding of how things heat up and which things will heat up faster than others.