Why do I care? Climate models can be used to predict climate variations for the next year, which can help farmers plan their crops and management procedures for the next growing season, or future climate impacts years from now that could affect farmers and agricultural agents and what kinds of crops they can grow.

I should already be familiar with:  Southeast Temperature 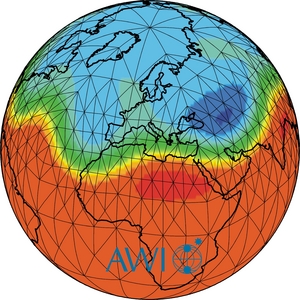 Models are simple ways of trying to simulate how the atmosphere behaves. Some are simple black box models with just a few inputs and outputs, and some are highly complex mathematical calculations incorporating the physical equations which describe the atmosphere's behavior, along with large sets of observations of the current atmospheric state and sophisticated computing techniques.

Atmospheric Forecasting Models – Atmospheric models can be thought of as future weather predictors. There are several that are used for forecasting by the National Weather Service and other weather laboratories across the country, and they give forecasters an idea of what kind of weather to expect.

These models use MANY mathematical and complex equations defining atmospheric and physical motions. Since these models use so many complex and long equations, it takes very powerful supercomputers to run these models. However, despite the complexity of the models, they cannot account for everything that goes on in the atmosphere, and as a result they tend to have errors. These errors over time continue to grow and can give forecasters misleading information. Even the best forecasting models in the world cannot provide meaningful predictions beyond 2 weeks, and any prediction of more than a week ahead is not likely to be very accurate. 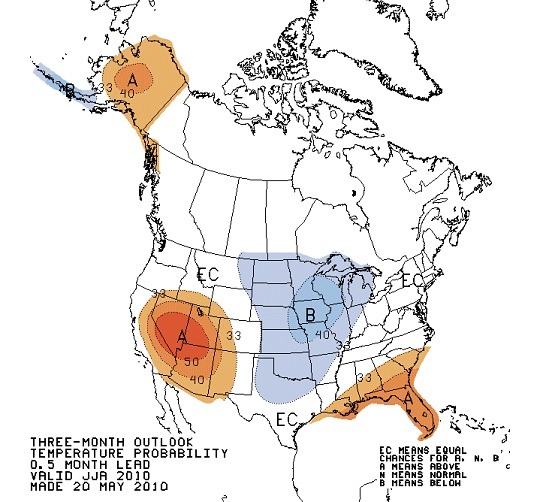 Figure B: Temperature outlook for United States for June, July, and August of 2010. (Image from NOAA's Climate Prediction Center).

The National Weather Service and meteorological agencies in other countries prepare monthly and seasonal forecasts for up to a year ahead of current conditions.  These forecasts are based mainly on statistical relationships between current conditions and expected atmospheric conditions for the next few months. The single strongest statistical predictor for climate conditions over the next few months in the United States is the state of El Niño. This statistical signal is strongest in winter; there is less skill in the climate forecasts in other seasons when El Niño is not as strong or is absent. You can look at differences in expected temperature and rainfall in the Southeast based on El Niño at www.AgroClimate.org.  NOAA's Climate Prediction Center uses the El Niño phase and other information on ocean temperatures and soil moisture conditions on the continent to predict the likelihood of above or below normal values up to a year ahead by statistically comparing current conditions to what happened in previous years with similar conditions. 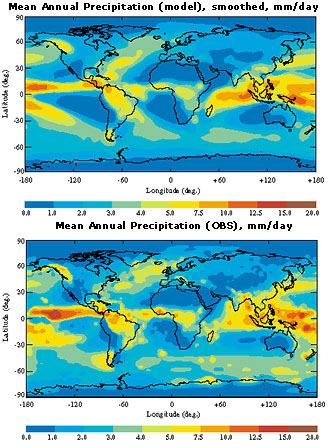 Global climate models (GCMs) are used to provide detailed global predictions of the climate. Like weather forecasting models, they are run on supercomputers using a grid superimposed on the globe with calculations of the atmospheric equations of motion over time. They also include simplified ways of simulating rainfall and other small-scale atmospheric processes which cannot be mathematically calculated at scales smaller than the grid they use. The biggest difference between many GCMs and weather forecasting models is that they generally have to include the effects of a changing ocean and atmospheric chemistry (including carbon dioxide), which don't really have an impact on the atmosphere over a few days.

GCMs have been used to study past climates as well as make predictions of future climate under global warming scenarios. By looking at how they behave when predicting past or present climate, we can gain more confidence in the predictions they make for climate 100 years from now. Even though predictions from individual GCMs do not always agree exactly on what the future climate will bring, comparisons of the results of many different climate model forecasts show that warming of the Southeast is likely by 2100. The forecasts for rainfall trends is much less consistent between models, but generally shows that rainfall is likely to come in shorter, higher intensity bursts which could increase erosion and allow more rain to run off rather than sink into the ground, reducing soil moisture.