Conduction is the transfer of heat through a solid, liquid or gas by direct contact.

Why do I care?  Conduction plays a role in wind chill and frostbite, since direct contact with frigid air can reduce human and animal temperatures, which is further enhanced when the wind is blowing. 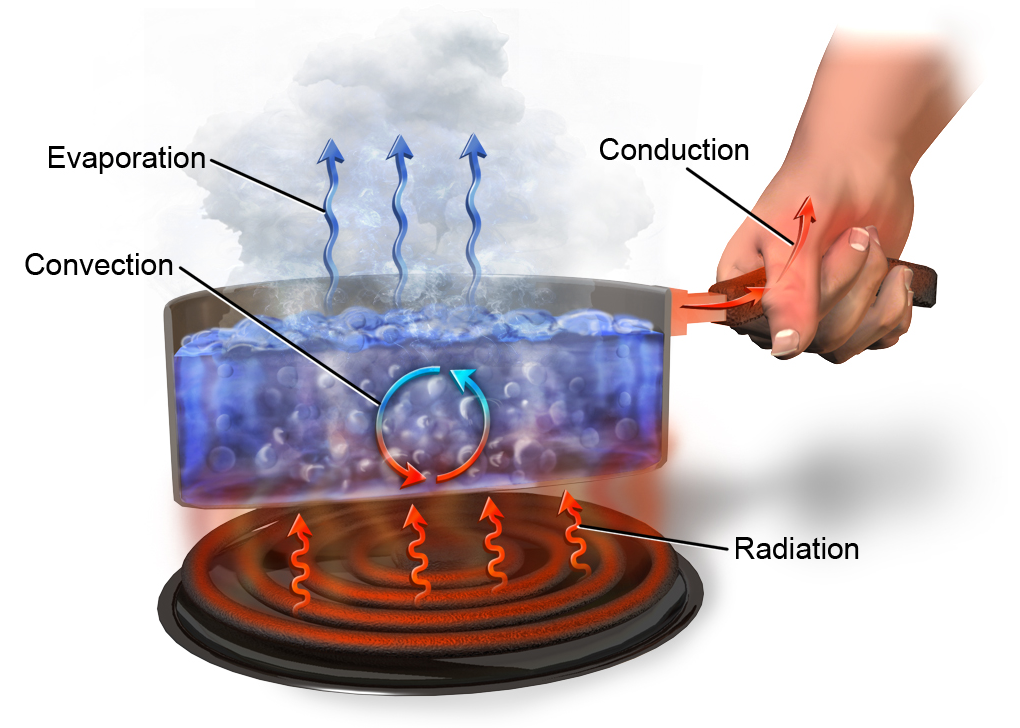 Figure A: Transfer of Energy (image courtesy of Bruce Blaus)

During conduction, heat is transferred through the vibration of molecules in a substance.  As something gets warmer, it begins to increase the vibration and movement of the molecules that it consists of.  In solids, particles are closely packed together and are in direct contact. Since they are close to each other, particles that vibrate near the point of contact will pass on the vibrations to other particles nearby. The vibrations then spread throughout the object.  Conduction works similarly with liquids and gases, but since the density of the particles is less, there will be less efficient  energy transfer between the molecules.  Conduction occurs when two things at different temperatures touch each other and energy directly transfers from the material in the hotter object to the material in the colder object at the point of contact.

A metal pot used to boil water on a stove top is an example of how heat is transferred through conduction. At first the water in the pot is at room temperature and does not feel hot at all before placing the pot on the stove. After the pot sits on the stove, the pot and its handles begin to get warmer and warmer. After a while, the pot may become too hot to touch with bare hands. In this case, the heat from the stove  burner was applied to the bottom of the pot. Due to conduction, the tiny particles that made up the pot increased their vibration, and the vibrations eventually carried on through the entire pot. The heat we feel when we touch it is actually the vibrations.  The heat from the pot is also conducted to the water touching the pot (another example of conduction). 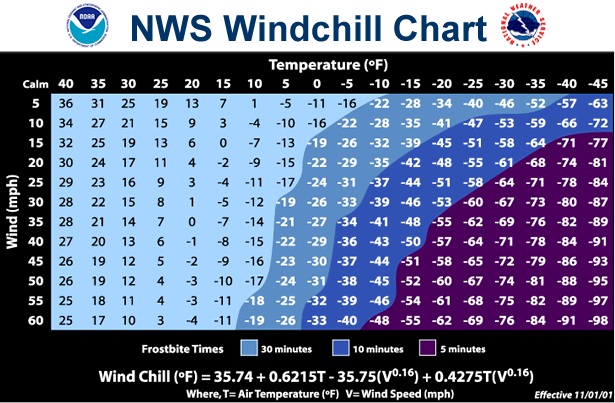 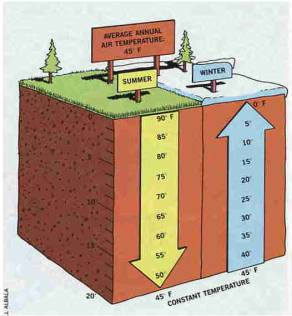 Soil's ability to conduct heat depends on the material it is made of, how porous it is, and how much water it holds. Air is a poor thermal conductor, so the more porous the soil, the less that it can conduct heat. Because of air pockets trapped in the soil, heat and cold are transferred slowly to lower levels in the earth. Temperature variations below the surface of the ground are less extreme than right at the surface and also tend to change more slowly with time than the surface temperatures. The deepest layers in the soil lag the most from the surface temperatures. This is important because soil temperature affects seed germination and plant growth. Some crops are more sensitive to this than others.

For example, cotton is very temperature dependent. It will only germinate after the soil temperatures reach 68 degrees F at a two inch depth. Planting cotton in cold soils increases the likelihood of chilling injury to seedlings, as well as weak and variable stands. Replanting is expensive, and can complicate pesticide programs and delay maturity of the crop.

Conduction is also important to understand if a grower intends to use plastic ground covers in crop production. Because thermal conductivity of the soil is high relative to that of air, much of the energy from sunlight that is absorbed by black plastic can be transferred to the soil by conduction if contact is good between the plastic mulch and the soil surface. Soil temperatures under black plastic mulch during the daytime are generally 5° F higher at a 2-inch depth and 3° F higher at a 4-inch depth compared to those of bare soil. 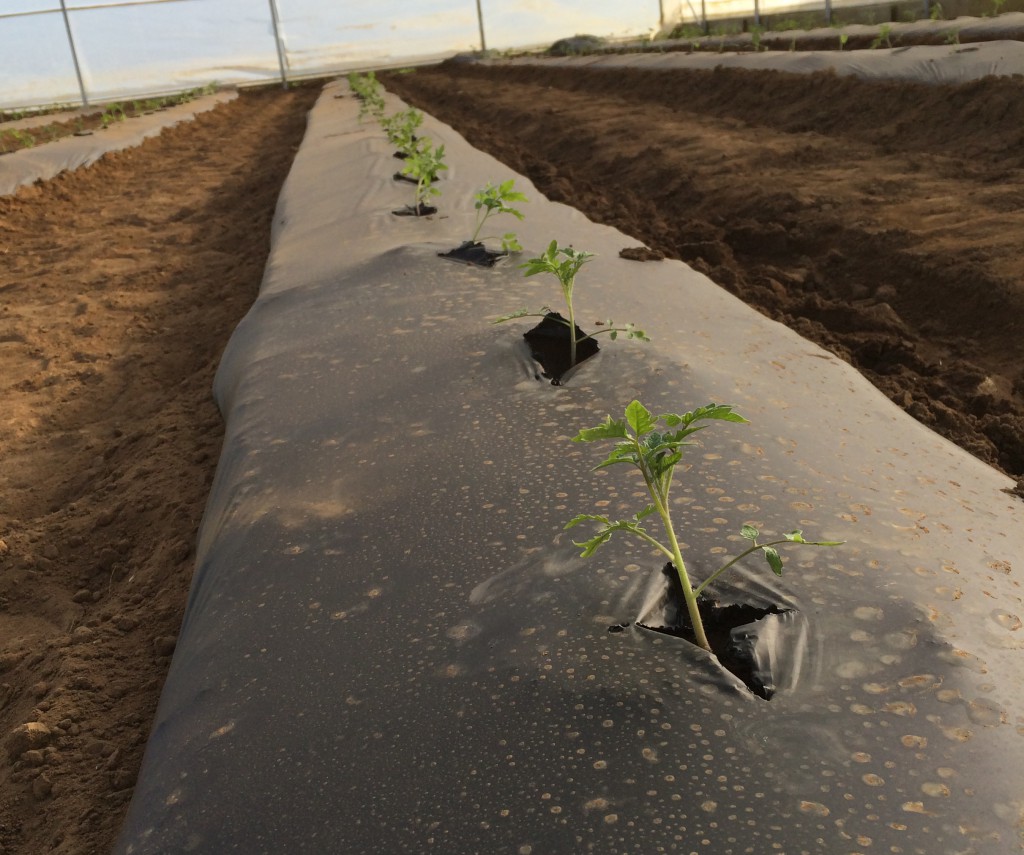 Soils with high water content conduct heat much more efficiently than dry soils because water is denser and makes better contact with the soil particles than the atmospheric gases do.

When bare skin is in direct contact with frigid air, the cold temperatures can chill the skin, leading to cell stress and eventually damage like frostbite. This conduction of cold temperatures is enhanced if the skin is wet, since water is a better conductor of heat and cold than air is. Cold winds blowing across skin enhance the chilling effect by convection, which removes the heat by the movement of air away from the body. Wind chill is an index which is used to describe this effect of chilling due to cold, moving air over a heated body. Field work should be avoided when wind chills are extremely low due to the potential for hypothermia and frostbite.

5th grade science: 5.P.3.1 : Explain the effects of the transfer of heat (either by direct contact or at a distance) that occurs between objects at different temperatures. (conduction, convection, or radiation).

Earth Science: EEn.1.1.3 : Explain how the sun produces energy which is transferred to the Earth by radiation. (extension)

Description: Students will investigate how different surfaces of the Earth reflect and absorb heat and apply this knowledge to real-world situations.