Weather is considered to be the atmospheric conditions that are happening now or within a few days. On the other hand, climate represents the long term atmospheric patterns within which weather occurs. As the popular saying goes, "Climate is what you expect, and weather is what you get!".

Why do I care? Weather and climate describe the short and long-term occurrence of inclement weather, respectively. These occurrences describe the typical weather conditions for an area on any given day of the year.

Weather describes conditions in the atmosphere that are happening right now. It is the short term occurrence, or daily measurement, of fair or inclement weather. For dealing with weather, daily decisions are necessary. When it is raining, bring an umbrella; when it is stormy outside, take cover inside. Daily temperature, precipitation, and severe weather are all a part of everyday weather.

Below are pictures describing weather conditions. Figure A is a picture of lightning during a severe thunderstorm. Figure B is a satellite image of Hurricane Florence as it approached the east coast in September 2018. 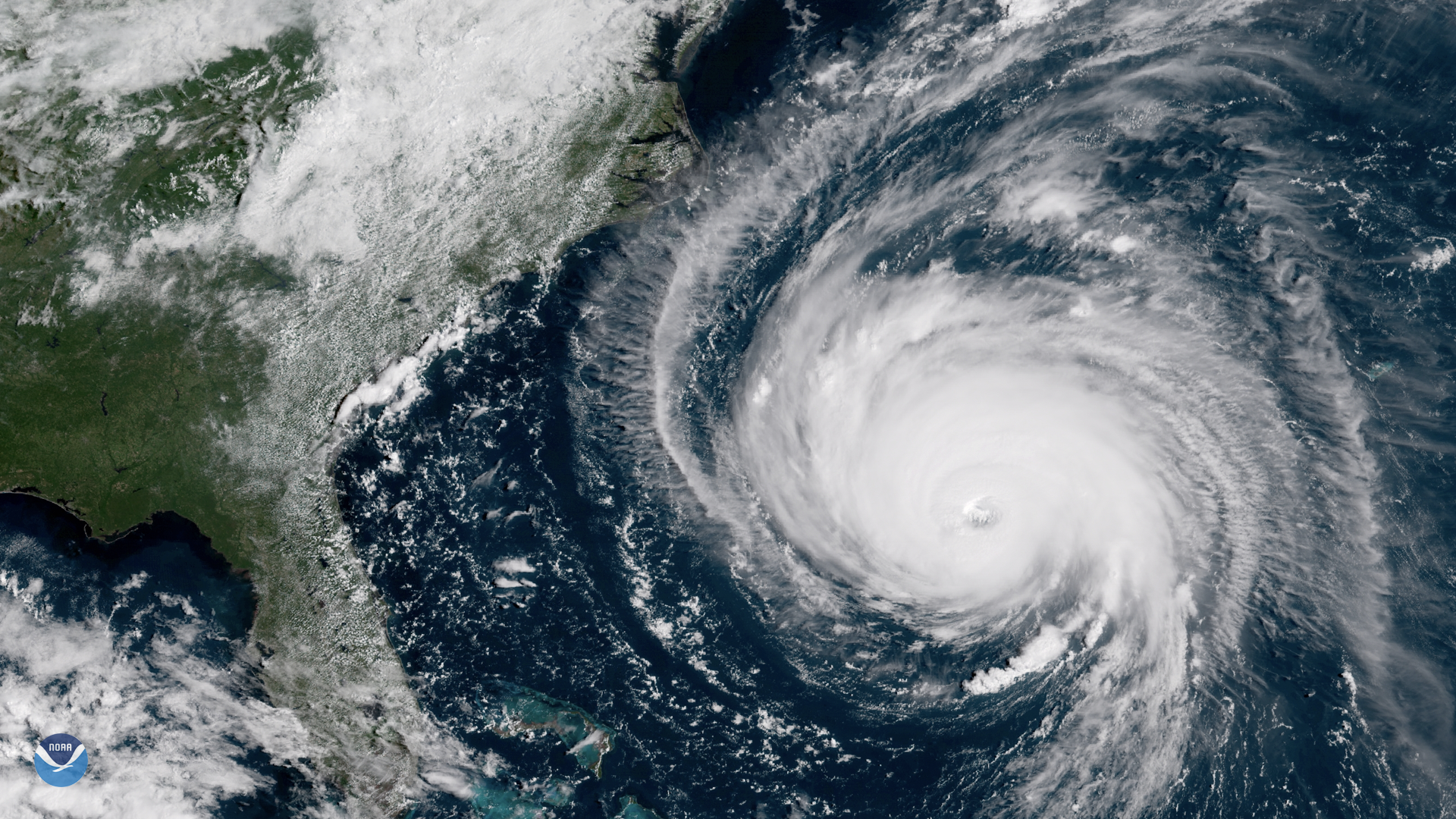 Climate, on the other hand, describes the long-term weather patterns over a specified time frame for a specific area. We typically describe regional or world climate with long-term averages of weather conditions, usually over 30 years, to describe what typical conditions are likely to be present at a particular location and time of year. Examples of climate include the average amount of rainfall for a location and the typical temperature for summer at a specific location. Climate statistics include both average conditions and frequencies of occurrence of severe weather, heavy rainfall, and other weather events which could impact health and property.

The latitude of a location has a large impact on the climate for that area.  This is primarily due to the amount of  solar heating received, which varies as a function of latitude. However, locations with the same latitude may have different climates depending on multiple factors such as whether the location is close to the coast or if the location has significant topographic features, such as mountains. In fact, North Carolina's climate is affected by both the Appalachian Mountains and the Atlantic Ocean.

You can think of differences between weather and climate as similar to differences between people's day to day moods and their personalities. A person is likely to have a consistent personality over time which is described by their long-term behavior regarding talkativeness, optimism or pessimism, and other factors. However, that person may show a lot of variation in their day to day moods, depending on outside influences, state of health, and even how much sleep they receive. Similarly, the climate of a region shows the long-term characteristic behavior of weather over that region. However, the weather on any day can be quite different depending on what weather systems are moving through the area and affecting the day's temperatures, rainfall, and wind conditions.

Weather and climate are considered by some to be the most limiting factors in crop production. Successful growers need to consider the climate AND weather conditions that are present in a certain growing area, as well as the growth requirements of the crops. For example, have you ever wondered why cranberries are only produced in Oregon, Massachusetts, New Jersey, Wisconsin and Maine? Or why cotton is only produced in the southern part of the United States? One reason is that crops have basic growth requirements for water, sunlight, and temperature. For example, peanuts require 140 to 160 days of growth at temperatures above 56 degrees to reach complete maturity.  These growing conditions exist in the Southern part of the US, but growing season is simply not long enough in the northern parts of the US for peanut production. 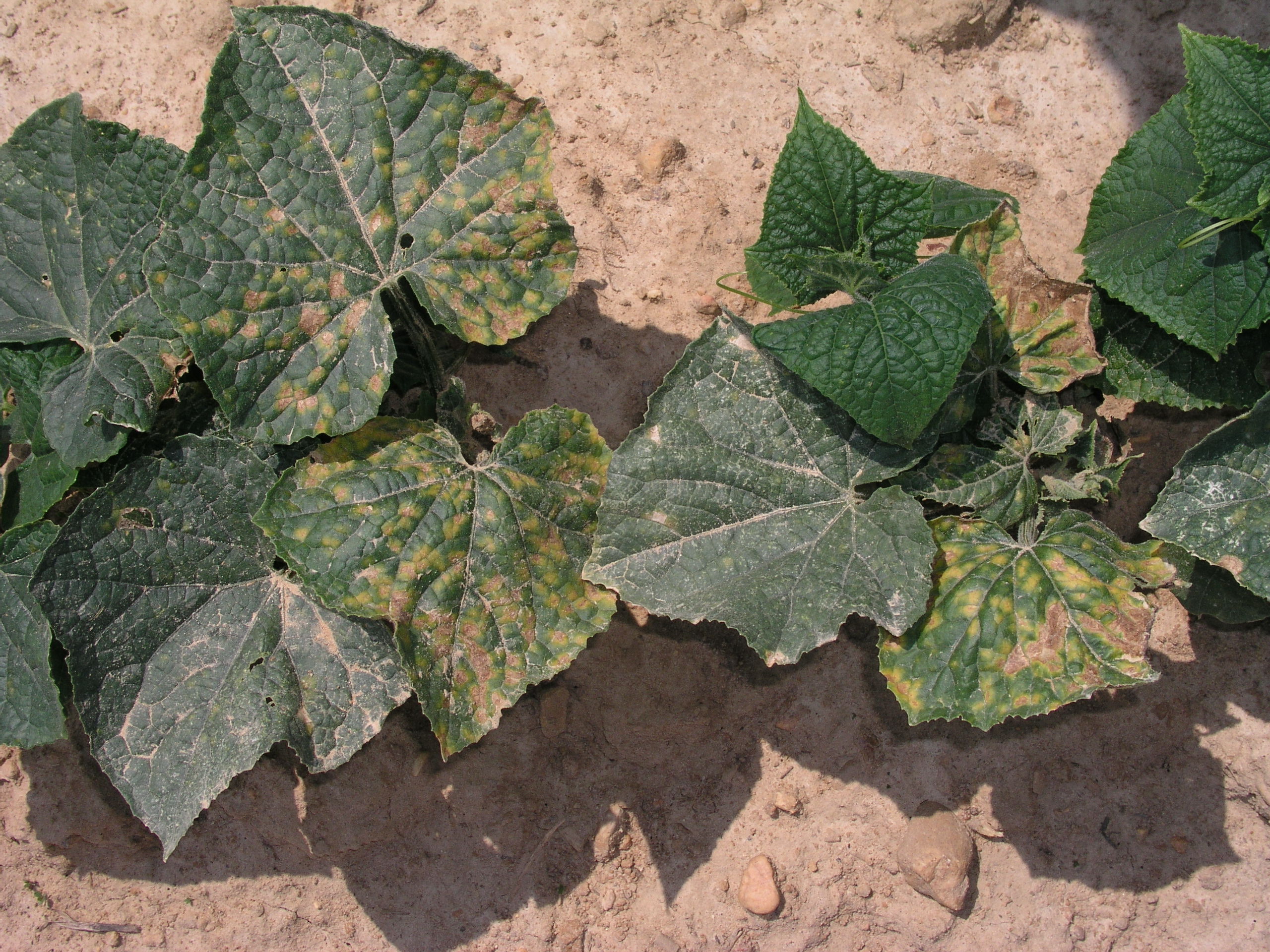 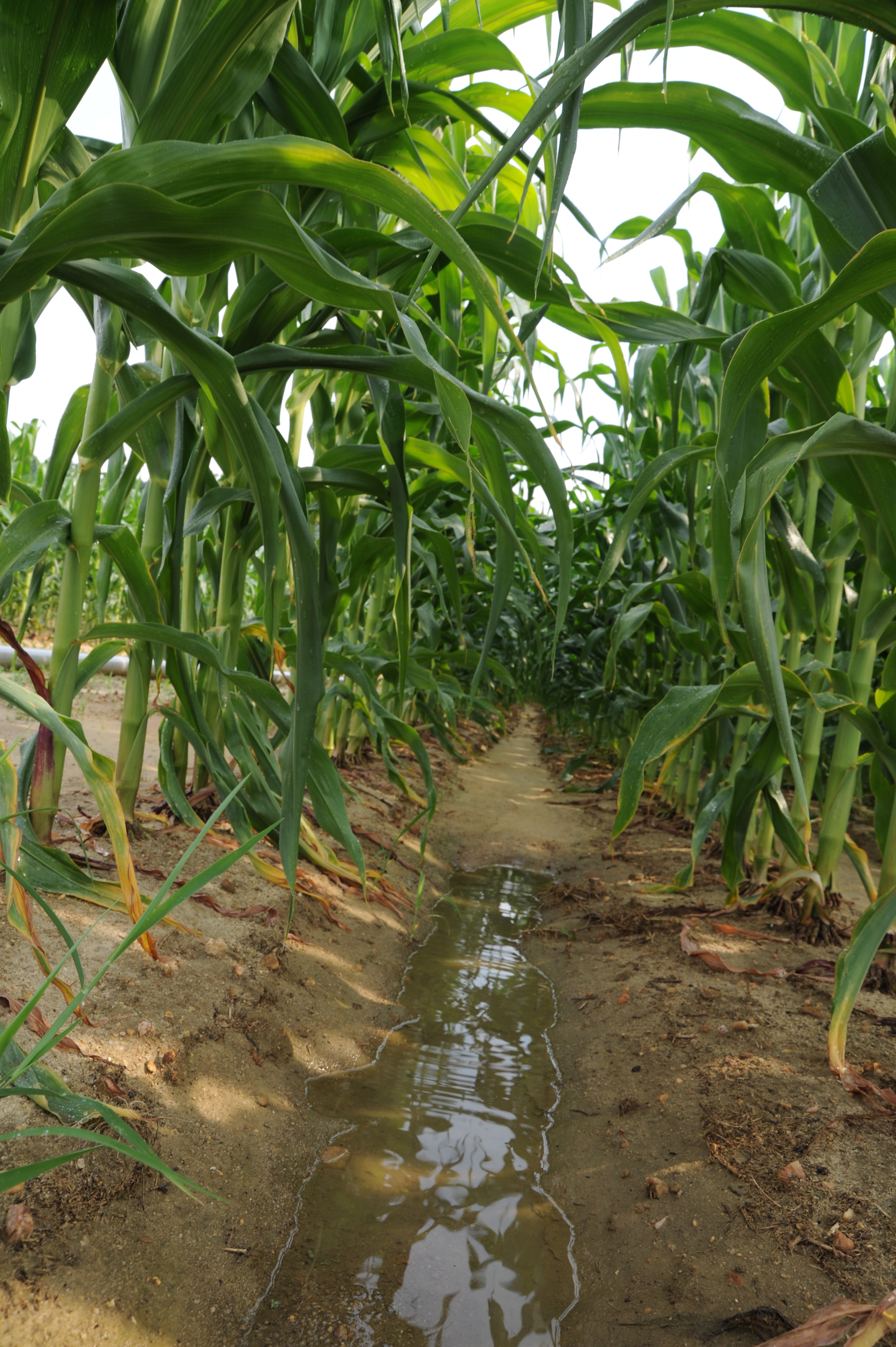 Weather plays a slightly different role in crop production. Different weather patterns can affect crops in different ways. For example, some crops (like tobacco) can withstand long periods of drought, and then recover when rain (or irrigation) finally arrives. Other crops can withstand very high temperatures, and still produce high yields (such as corn, cotton, and peanuts).  Still, other crops can technically produce well in various weather conditions, but might be plagued with insect or disease problems in times when the weather is not ideal. One good example would be cucumber production in North Carolina that can be plagued with yield-limiting levels of downy mildew when rainfall or relative humidity remains high for extended periods of time (Figure E).

For those reasons, weather AND climate play a role in where crops are grown and how those crops must be managed.

Description: This activity focuses on how long-term climate average is related to climate variability and how climates can change through and increase or decrease in average temperature over a period of time.

Relationships to topics: Climate and Weather, Causes of Climate Change

Description: This activity focuses on observing atmospheric conditions over a 4-day period. Students take observations for temperature, air pressure, wind speed and direction, and record sunrise and sunset. The measurements the student records are then compared with a NC State Climate Office station's measurements.