Density measures the ‘heaviness’ of an object or how closely ‘packed’ the substance is. Density is related to both the type of material that an object is made of and how closely packed the material is.

Why do I care?  When planting crops or plants, soil density is very important. If the soil is packed too tightly, the plant or crop won't be able to absorb any water or nutrients from the soil and will not be able to grow properly.  Density in the atmosphere is also important in the formation of clouds and precipitation.

Figure A: Air Circulation Relative to Density (Image from EnergySmartOhio.com)

The technical definition of density is mass per unit volume. Generally, density describes how tightly packed something is. An object with a lot of material in a small space is more dense than an object that has lots of air space included. In the atmosphere, gas that is less dense has a lower concentration of molecules per volume than a denser gas and will tend to rise compared to the air around it. For example, gasoline vapor is heavier than air molecules and so tends to stay near the ground when you fill up your gas tank, which can lead to a fire hazard if the lingering vapor encounters a spark.

Warm air is less dense than cooler air. Air density varies with the relative humidity (amount of water vapor molecules in the air) along with temperature. Water vapor molecules (H2O in the gaseous phase) are composed of Hydrogen (H) and Oxygen (O) molecules. Hydrogen has a molecular weight of 1.01 g/mol. Dry air is composed mostly of Nitrogen (N) molecules since Earth's atmosphere is 78% Nitrogen and 21% Oxygen. Nitrogen has a molecular weight of 14.0 g/mol. In the atmosphere, the density of air particles decreases with height, with more gas particles remaining near the surface of Earth. When only taking into account humidity, dry air is more dense than moist air because of molecular weights of the gases. 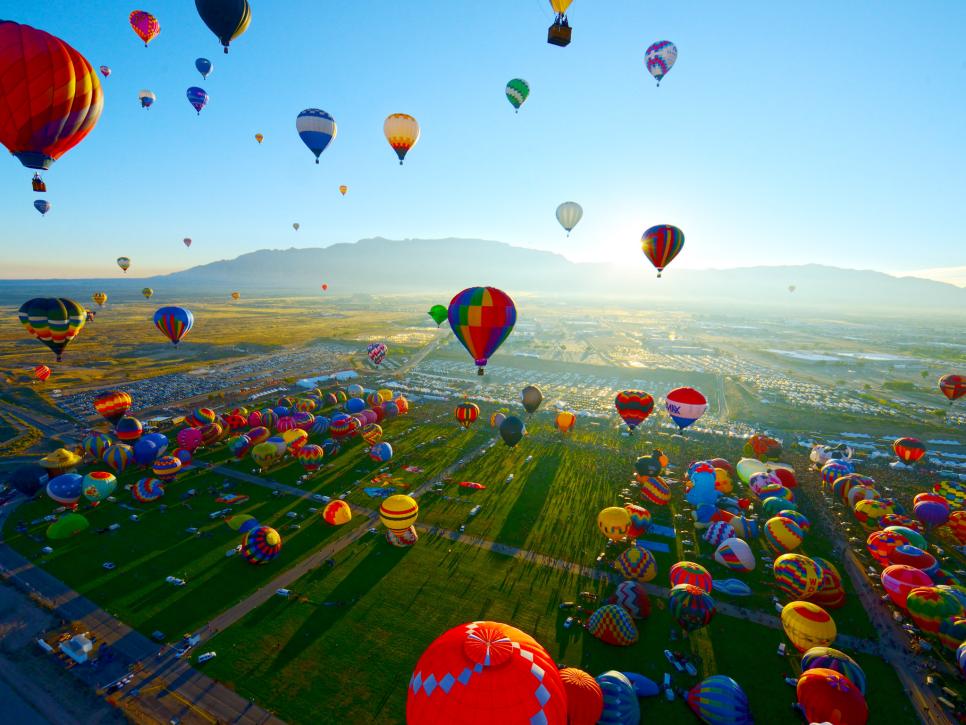 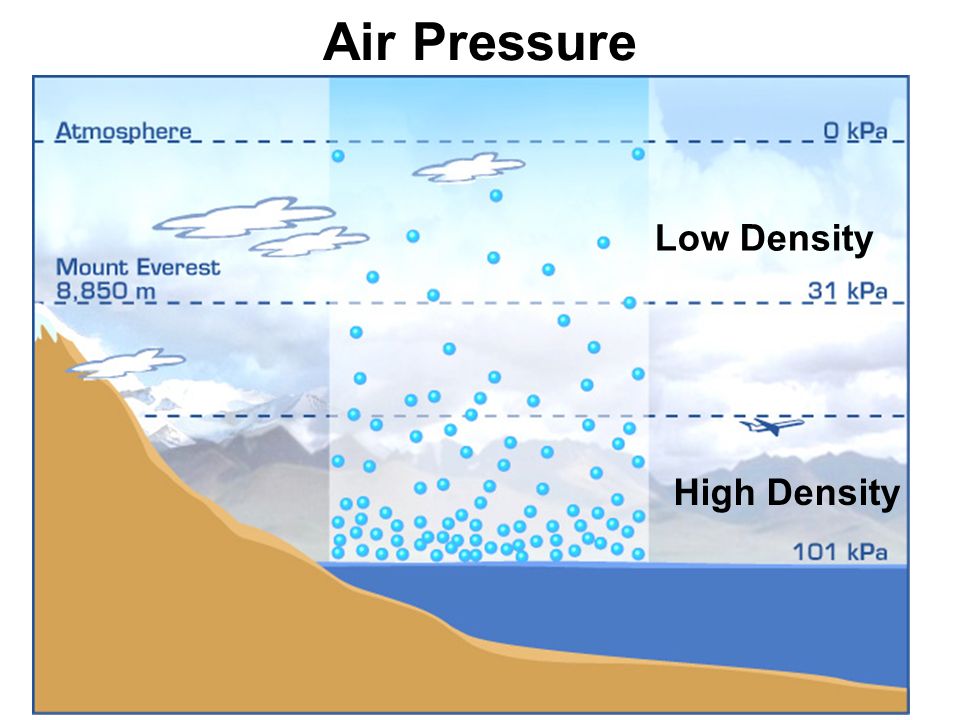 Note that gases, such as hydrogen and nitrogen, do have weights, but the weight cannot be felt just by moving through the air. Special equipment and procedures are used to measure the weights of gases. When only considering the temperature of air, which does not all heat up at the same rate, dry warm air tends to rise compared to areas of cool air around it.  You can notice the effects of this if you live in a two-story house as the upstairs tends to be warmer than the downstairs. Areas of warm rising air often result in the development of clouds and even precipitation in the regions where the vertical movement of air is strongest. 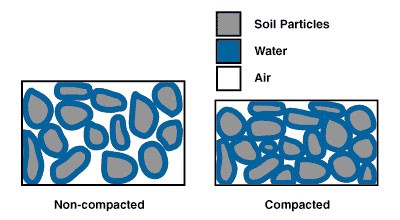 Soil that is very dense and has few air pockets has become this way through compaction. Compaction makes it harder for water and air to penetrate the soil around the roots of your crop, which  makes it hard for the plants to grow.  Compacted soil results in less root growth, because it creates a barrier that makes it difficult for roots to have access to oxygen, water, and nutrients from the soil.  On the other hand, compacted soil is a good thing when it comes to things like building roads or buildings.  Construction engineers work very hard to compact soil in order to lend stability to structures.

7th grade science: 7.E.1.1 : Compare the composition, properties and structure of Earth's atmosphere to include mixtures of gases and differences in temperature and pressure within layers.