Global warming describes an average temperature increase of the Earth over time.  Climate change describes how weather patterns will be affected around the globe.  These changes could be manifested in changes in climate averages as well as changes in extremes of temperatures and precipitation.  It is likely that the changes will vary depending on what region you are in.  Global change describes other effects that don’t fall into either category, like socioeconomic and ecological impacts.

Why do I care? We all live in the world and we are all affecting it.  Since global warming and climate change are widely used in the media to discuss the effects of using fossil fuels and adding carbon dioxide to the atmosphere, you should understand the difference between them.

I should already be familiar with: Earth's Energy Balance, Greenhouse Gases, Greenhouse Effect 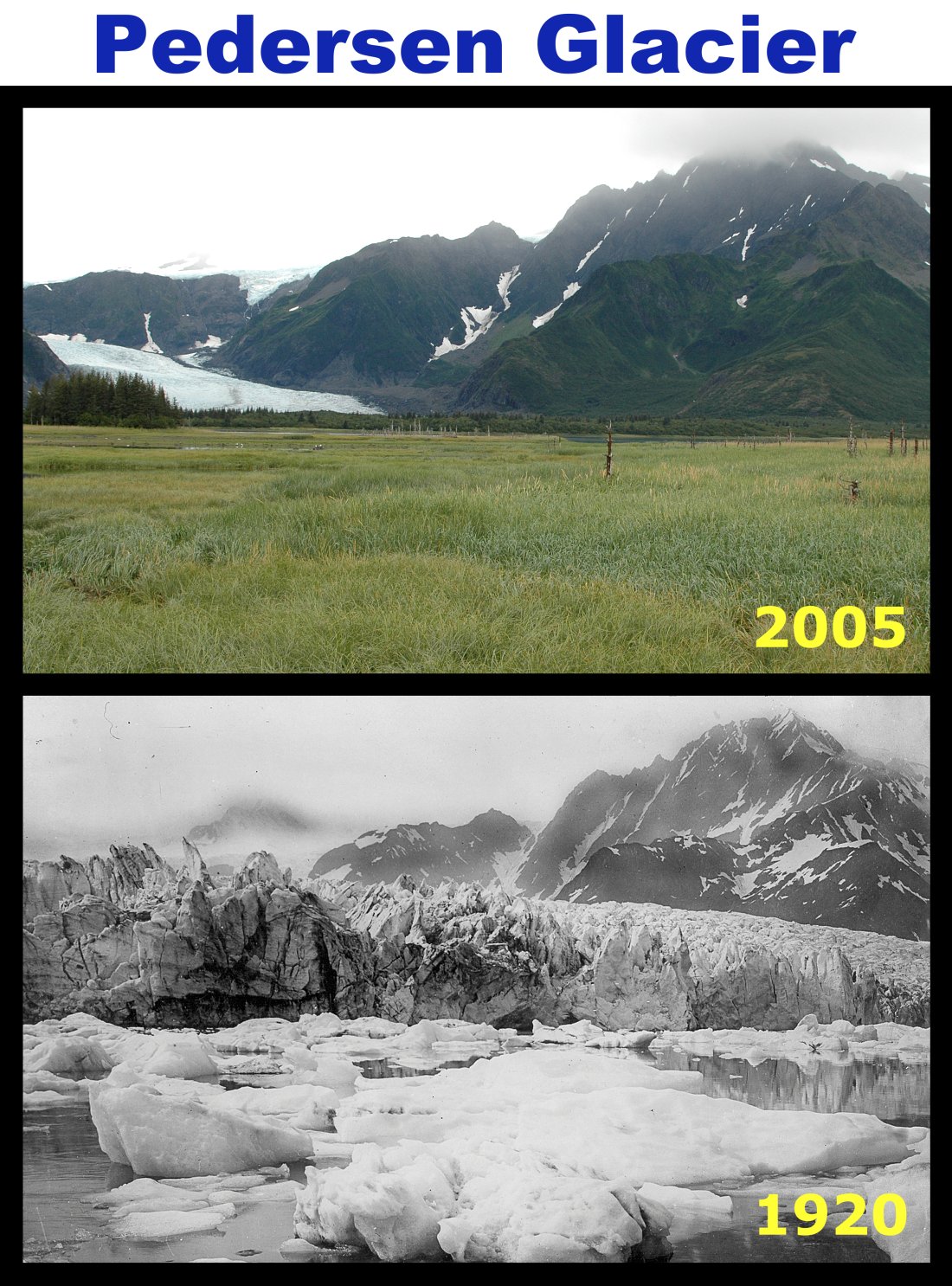 The terms "global warming" and "climate change" are often used interchangeably in newspapers and television reporting, but they are really separate things. Global warming refers to the rise in global average temperature. Climate change is how the climate of different areas around the globe change over time, mostly due to this global average temperature increase and the changes that result to the water cycle, ice cover on land and in the polar oceans, and changes in land cover. Climate change can also occur naturally due to changes in sunlight, the growth of mountains, and the movement of the continents across the earth over time.

Climate change refers to the change in climates around the world over time. This could be due to the effects of the increase in global average temperature, among other things. Climate change means more than just a change in temperature, but a change in global weather patterns which could affect precipitation averages and extremes, too. For example, one effect of global warming could be that the northern part of the Northern Hemisphere will likely warm up more than other parts of the globe. This is because the increased temperatures are likely to melt large polar ice fields, replacing the ice with darker open ground.  The dark ground would absorb sunlight much more quickly than the reflective ice did, leading to strong heating. Other effects could result in some locations getting more rain while others will be more likely to have long-term droughts. It is not clear how this would affect overall weather patterns, since the reduction in temperature gradient from equator to poles could decrease winds and storm activity, but the higher temperatures would have more energy overall.

Additional secondary effects of changing temperature and climate are collectively called "global change." Global change can include ecological changes, geological changes, sea level rise, changes in ocean circulations and acidity, and societal impacts. These changes result in the disruption in our "normal" or expected climate that is likely to occur under global warming and the impacts it would have on life and society.

In the video below, global temperature anomalies are shown from 1880 to 2012. Notice a cooling trend in the late 1800s to early 1900s and then again in the mid-1950s. A warming trend is evident beginning in the late 1900s continuing into the twenty-first century. Another thing to note from this video is the location where the most warming has occurred (in the poles) and where other locations have warmed during the last century and may continue to warm.