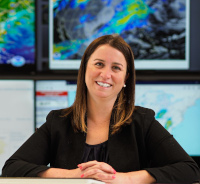 Kathie Dello is the state climatologist of North Carolina and the director of the North Carolina State Climate Office. She is the 5th permanent director and first woman to hold this position at the NCSCO in 43 years. Kathie comes to us from Oregon State University, where she was the associate director of the Oregon Climate Change Research Institute and the deputy director of the Oregon Climate Service for almost 10 years. At OSU, Kathie led and participated in numerous state climate assessments, outreach, engagement, and research. A skilled climate communicator, Kathie was one of Oregon State University's most quoted experts in the media. She has a Ph.D. in Environmental Sciences from Oregon State University, a Master's in Geography and a Bachelor's in Atmospheric Science from the State University of New York at Albany. Kathie is originally from western New York, and likes to hike and bike in her spare time. 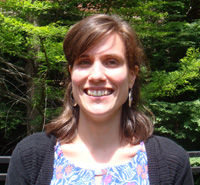 Rebecca is a native to North Carolina and grew up in the town of Newport, not far from the coast. There she experienced a wide variety of weather, from hurricanes to snowstorms, and developed an interest in North Carolina’s unique weather and climate. After earning B.S. Degrees in Meteorology and Applied Mathematics from NC State University in 2011, Rebecca began pursuing a M.S. in Atmospheric Science. In 2013 Rebecca began working for the NC State Climate Office as an Extension Climatologist, and in 2014 she obtained her M.S. Degree. In fall 2017, she began pursuing a PhD in Learning and Teaching STEM Education, with a concentration in Science Education.

Most of Rebecca’s work is split between two areas: drought and education. She researches ways to monitor and measure drought using both objective and subjective means. She is also a member of the North Carolina Drought Management Advisory Council and participates in weekly technical team calls. As the outreach coordinator for the State Climate Office, Rebecca leads numerous educational outreach events, both at the State Climate Office and in other areas of the state. Understanding how North Carolina’s weather and climate influences the various sectors within the state, such as agriculture and natural resources, and sharing this knowledge are some of the things Rebecca finds most enjoyable about her work with the NC SCO. 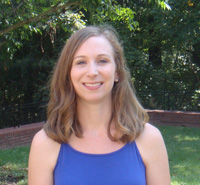 Ashley Hiatt was born in Burlington, NC. In 2005, she received a B.S. in Meteorology at NCSU, with a minor in statistics. Ashley became an employee of the SCO after graduation, and was initially involved in creating statistical evaluation tools of the SCO's operational model. She has also researched climate change in NC for the Global Climate Change Commission, and worked to expand the CRONOS database to include data from various water sites (streamflow, groundwater, reservoir, etc.) across the Southeast. Ashley's main duties are to maintain the SCO website, develop decision-based support tools for climate-sensitive communities, and assist in data retrieval services. In the future, Ashley hopes to continue work with state agencies and institutions in developing science applications. 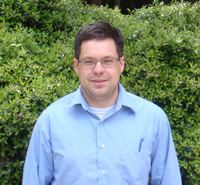 Born in Raleigh, NC, Sean Heuser joined the State Climate Office in 2008 as an ECONet Technician. As a technician, his primary responsibilities were performing maintenance on ECONet stations and enhancing the automated quality control (QC) routines for ECONet data. In 2016, Sean took over as manager of the ECONet. As the manager of the ECONet, Sean is responsible for purchasing and calibration of weather sensors, testing of new weather sensors, working with partners for potential new station locations, overseeing technicians’ field responsibilities, enhancing and updating station metadata for National Mesonet Program and development of new web products the enhance the value of ECONet data. 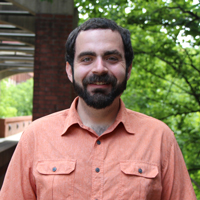 John joined the State Climate Office (SCO) in 2009 as an Applied Meteorologist and Web Developer. Some of his early projects included developing and optimizing weather-based products for the SCO and the NOAA Southeast Regional Climate Center (SERCC). In 2018 John added the role of the Environmental Data Manager, where he is currently responsible for overseeing all meteorological databases, environmental datasets and services managed by the SCO. Some of his more recent projects include web development work for SERCC's Climate Perspectives, data quality control monitoring interfaces, the SCO Weather Map interfaces, gridded data visualization, and mobile website development. Currently, John is working on the creation of a new application programming interface (API) for accessing State Climate Office data and development web services for water and weather data for the NC Division of Water Quality.

John has a B.S. in Meteorology (2008) and a M.S. in Atmospheric Sciences (2013), both from NC State. His master's research focused on weather model data assimilation and freeze risk associated with cold-air drainage in the Yadkin Valley of North Carolina. Originally from Chicago, John grew up in Cary where he currently lives with his wife and twin daughters. 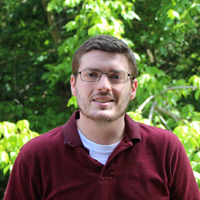 Corey is a lifelong North Carolina resident originally from the Triad town of Kernersville. In 2009, Corey received his B.S. in Meteorology with a minor in Journalism from NC State, and in 2014, he received his M.S. in Atmospheric Science from NC State after studying fire risk climatology and predictability in North Carolina. Since joining the SCO in 2008, Corey has developed a number of web products including the Fire Weather Intelligence Portal, contributed to the SCO's Climate Blog and other outreach activities, and researched the influence of global climate patterns on North Carolina's weather. Corey joined the SCO staff as an Applied Climatologist in 2014 and will continue developing web tools such as the decision support system for the PINEMAP project and helping the SCO in its science communication and outreach efforts. 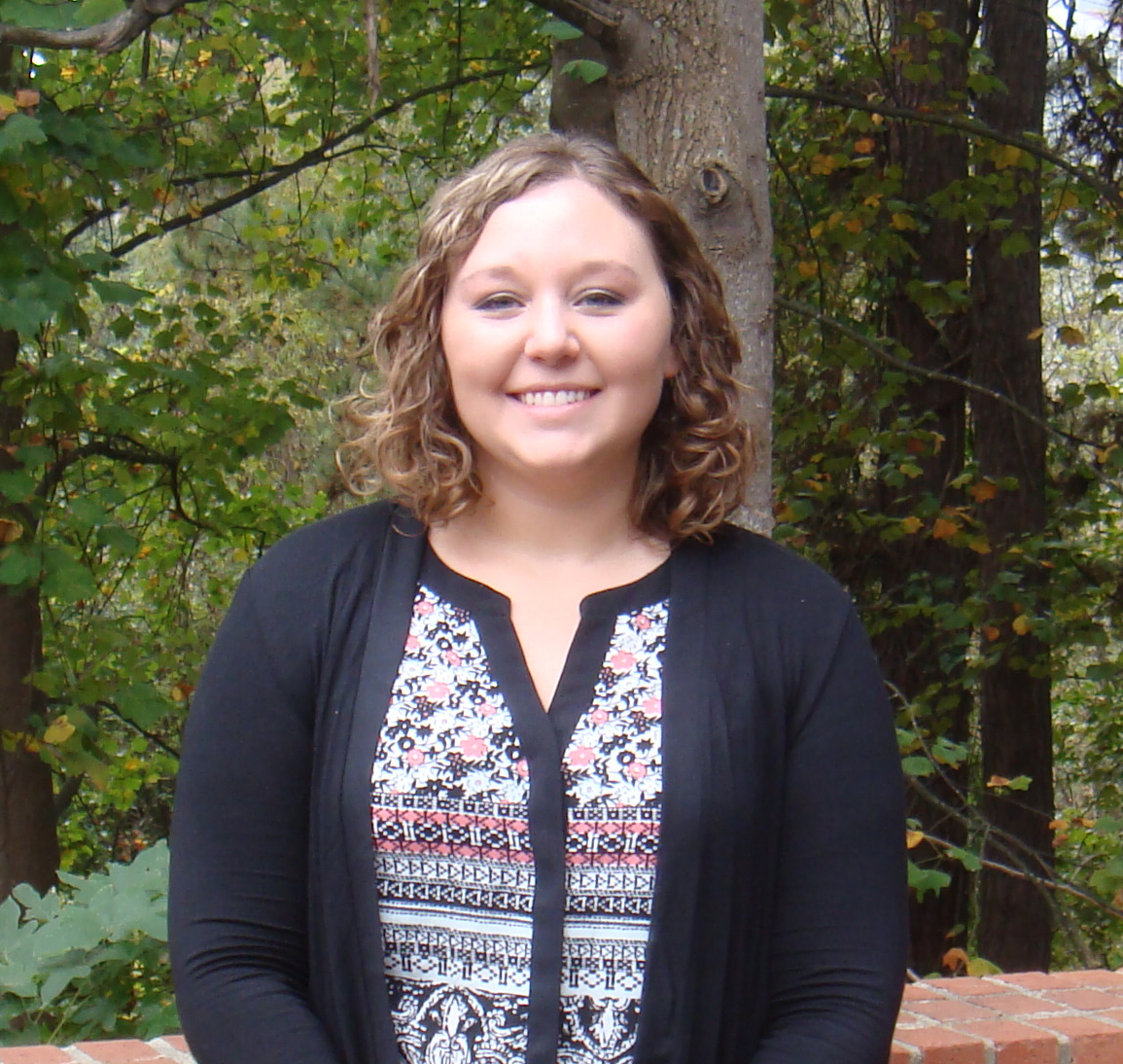 Darrian is a native Oklahoman and grew up in Broken Arrow, a suburb of Tulsa. She received a B.S. in Meteorology with minors in mathematics and GIS from the University of Oklahoma in 2015 and a M.S. in Geography in 2017, also from OU. During her graduate studies, she used statistically downscaled climate projections to analyze the future frequency of heavy rainfall and severe drought events in the south-central U.S. She is currently an Applied Climatologist at the SCO, working on a variety of products and research, such as the Fire Weather Intelligence Portal, a wet bulb globe temperature tool in relation to heat-related illness, and climate projection analyses for pest models. Darrian also enjoys engaging with the public and agricultural community through outreach events and workshops. She is a member of the NC Drought Management Advisory Council and is the state co-coordinator for CoCoRaHS. 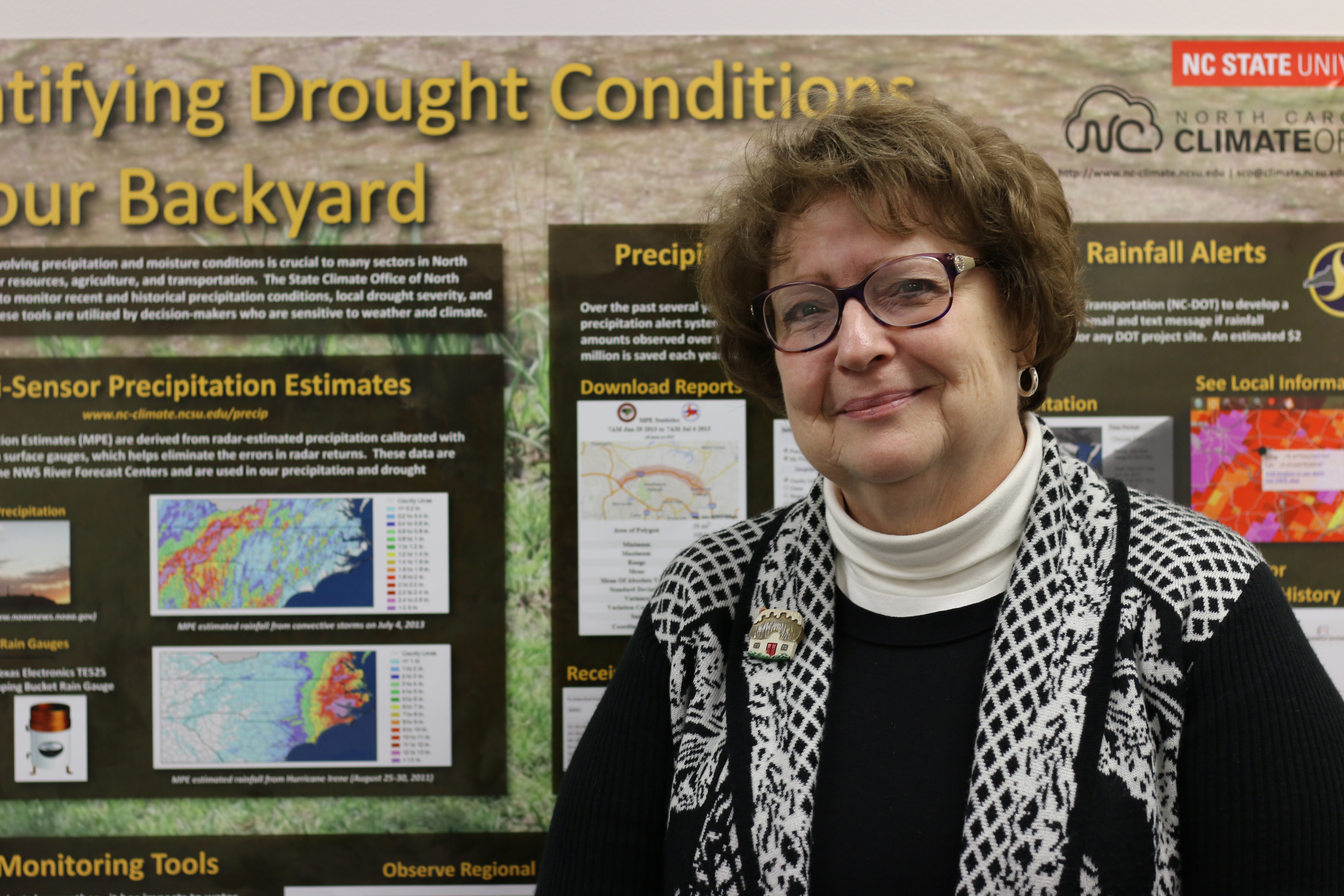 Colleen Karl has a long career in science education and rural outreach working with public schools, community organizations and The Science House at NCSU. She joined the NC State Climate Office in 2017 working to coordinate a place-based citizen science program for middle school students in Northeastern NC – RAIN (Raising Achievement through Inquiry and Networking) Across the River funded by the Burroughs Wellcome Fund. Colleen has a B.S. in Oceanography from Southampton College of Long Island University and an M.S. in Science Education from ECU.

Colleen lives and works in Edenton, NC where she has served as a classroom teacher, directed teacher professional development and designed student STEM programs since 1982. As a strong advocate of place-based education, she has partnered with the Rural School and Community Trust and many state and federal agencies to support rural STEM educational opportunities. Colleen currently chairs the Chowan Edenton Environmental Group (CEEG) supporting local data collection to guide environmental management decisions, and continues to enjoy connecting schools and community through a variety of educational programs and opportunities. 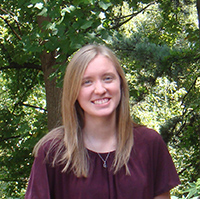 Growing up in Aurora, MO, Myleigh’s interest in weather was initially sparked by the ever-changing weather patterns of the Missouri Ozarks. She pursued her interests at the University of Oklahoma, with a semester studying abroad at Monash University in Melbourne, Australia. She graduated in May 2017 with a B.S. in Meteorology and a minor in Weather and Climate. During her time at OU she was involved in a research project known as CLOUD-MAP, where she studied near-surface CO2 variability through collecting and analyzing data using Unmanned Aerial System (UAS) technology. Additionally, her capstone research focused on Sub-seasonal Extreme Precipitation Events in the Southern Great Plains. She joined the State Climate Office in September 2018 as an Instrumentation Technician, helping to maintain the North Carolina ECONet stations. In the future, she hopes to contribute towards research involving the impacts of climate change on weather extremes. 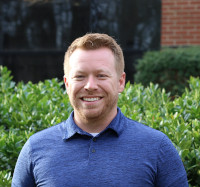 Cam Baillie was born in Muscatine, Iowa where his experiences with intense storms and tornados sparked an interest in extreme weather at a young age. Over time, he discovered his passion for sharing the beauty of the natural world with students so, in 2014, he received his B.S. in Education from Indiana University of Pennsylvania where he studied Earth and Space Sciences. Until December 2019, Cam taught high school Earth Science, designed teacher professional development, and wrote science curriculum in northern Virginia. Additionally, he worked with the National Park Service and the University of Colorado Denver to develop and implement a water quality research project for students to gain real-world field experience. Cam joined the State Climate Office in February 2020 as an Instrumentation Technician. In the future, he plans to take part in weather and climate research and continue to emphasize student & community outreach. 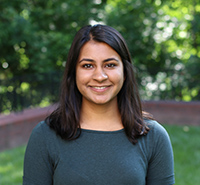 Anisha grew up in Cary, NC and is a rising sophomore majoring in Statistics at North Carolina State University. Her current work at the State Climate Office entails analyzing the accuracy of a mathematical model that estimates black globe temperatures through comparison against data from select ECONet stations across North Carolina. After graduation, Anisha hopes to continue studying statistics and applying the methods of data analysis to scientific research. 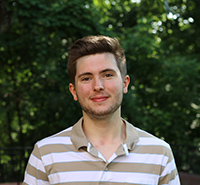 Mike grew up in Shelby, North Carolina and is currently a rising junior in Meteorology at NC State University. He is currently a student intern and is researching correlations between severe weather events and fatalities in North Carolina. Upon graduating from NC State, Mike plans to travel abroad for graduate school and pursue an applied research career in aerosol science. 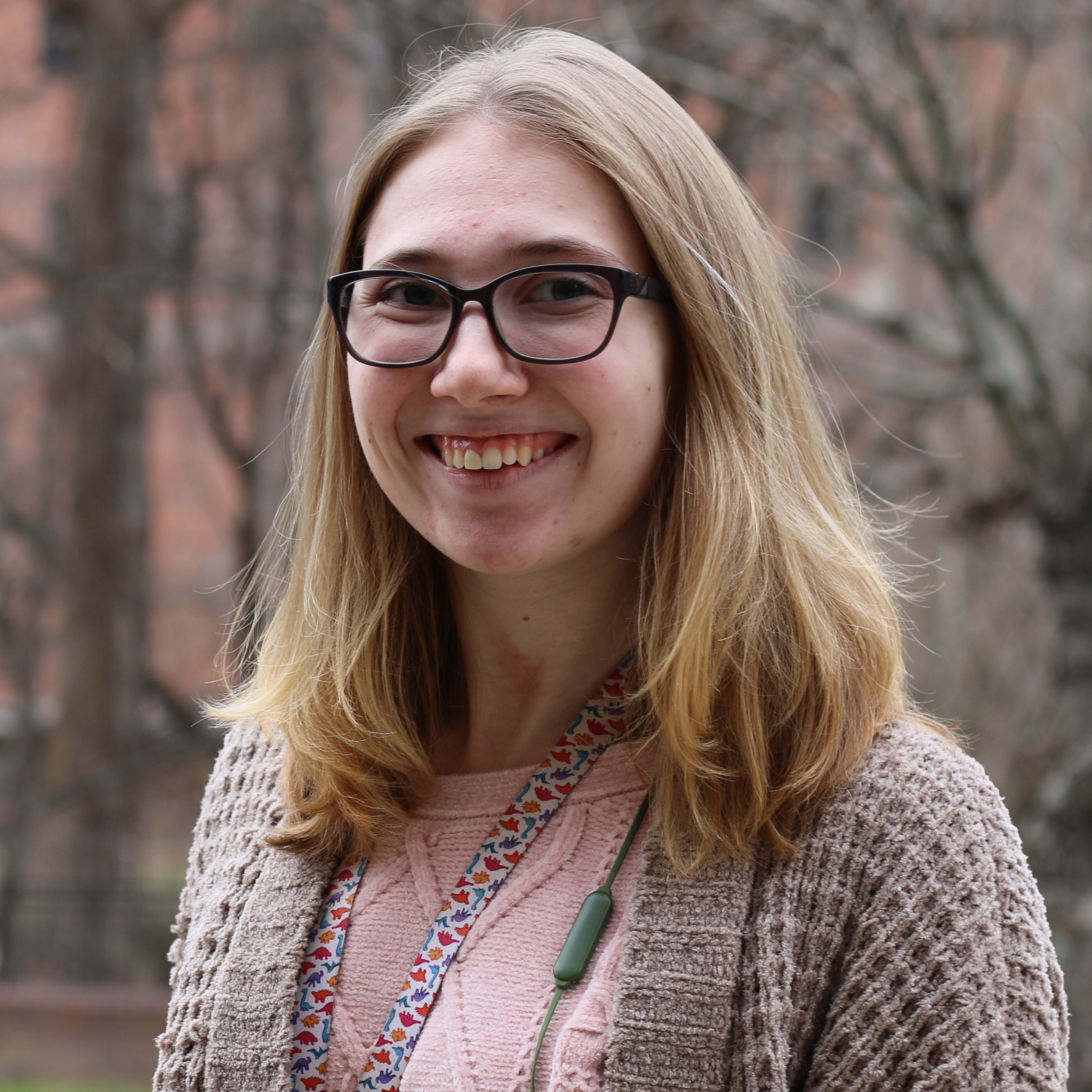 Emily is a sophomore meteorology student from Charlotte, North Carolina. She is minoring in environmental sciences and is excited to expand her knowledge involving climate. Her current work in the State Climate Office is assisting with Project Nighthawk, but after graduation Emily looks forward to attending graduate school.